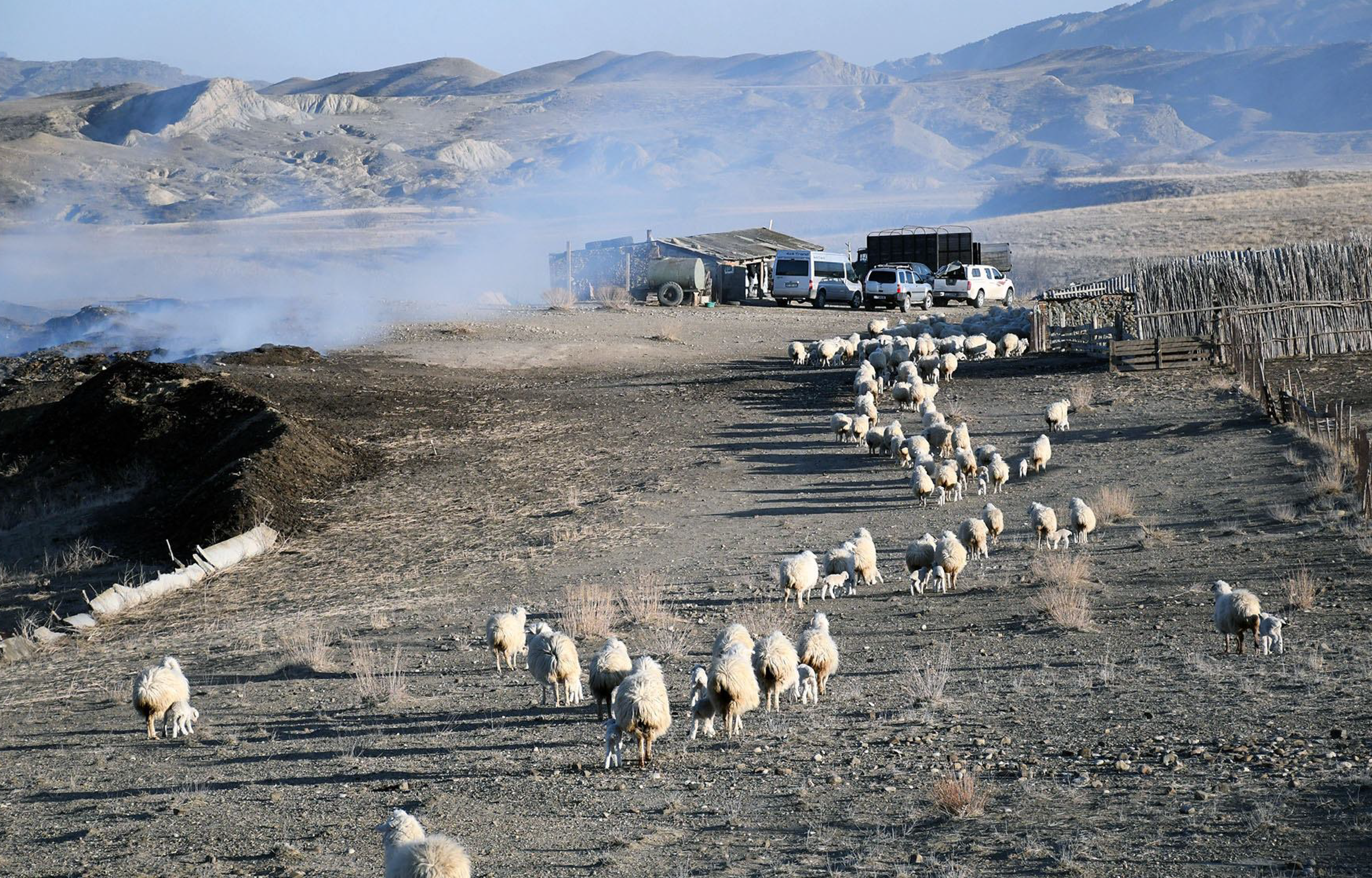 In a bid to preserve the unique biodiversity of Iori floodplain forests, Sabuko offered farmers an alternative water resource for sheep to drink in Chachuna managed reserve and nearby territories.

The South-Eastern part of Georgia, known for its semi deserted landscapes, is  a winter pasture for thousands of sheep. Because water resources are so scarce there, farmers have to drive flocks over several kilometres every day to water the sheep. This has a serious negative impact on the environment.

‘It was important for us to stop flock movement in the forest, because the biodiversity presented here as a result of diverse landscapes is at stake’, says the director of Sabuko Natia Javakhishvili.

She elaborated on the importance of Iori floodplain forests.

‘This is the river with its floodplain forest – an unique landscape which is not marked by only a dry steppe system. Birds of prey, such as imperial eagles, ernes and many other big and small birds reside here. As for non-raptors, francolins are unique to this territory only in Georgia. Besides, this foster is a shelter to mammals, such as jackals, wolves, jungle cats, badgers and porcupines. The forest serves not only as a shelter, but an eco corridor as well through which animals find each other’, says Javakhishvili.

In order to reduce the harmful effects of migration of flocks on these lands, Sabuko set out to find alternative water resources for farmers.

Driving flocks over large territories to drink every day had a negative impact not only on the environment but on sheep as well.

‘One particular farm drove the flock over 3-4 kms for water. And they were not even in the worst conditions because the river is relatively closer to them. There’s a farm, which used to water sheep only once in three days. Other farmers had to fetch up to 10 tons of water every second or third day from Dedoplistskaro, which also cost them a lot. This is bad for the sheep as well: they walk long distances and lose weight, they drink saldom. Therefore, it was important to find alternative water resources’, says Natia Javakhishvili.

Because of that, Sabuko set up 8 watering ponds and a well in Chachuna managed reserve and across nearby territories to provide locally accessible water for thousands of sheep.

Back in December 2019, Sabuko started studying the territory and spoke with shepherds on the ground. The consultant hired by Sabuko chose the territory for digging where the well was excavated in three weeks and as a result, two water points were established.

Aleksandre Mikeladze, the project manager at Sabuko says that one water point is close to the farm and provides water for up to 3000 sheep. The same number of sheep is watered by the well, from which the water is pumped through the generator.

‘These waters are used not only by local farmers but also by those who have pastures on nearby territories. These water ponds give sheep direct access to water’, says Mikeladze.

As a result, the environmental impact on Iori floodplain forest decreased significantly, because farmers are able to water sheep locally and risks of ramming have diminished. The latter can be as harmful to the environment as overgrazing.