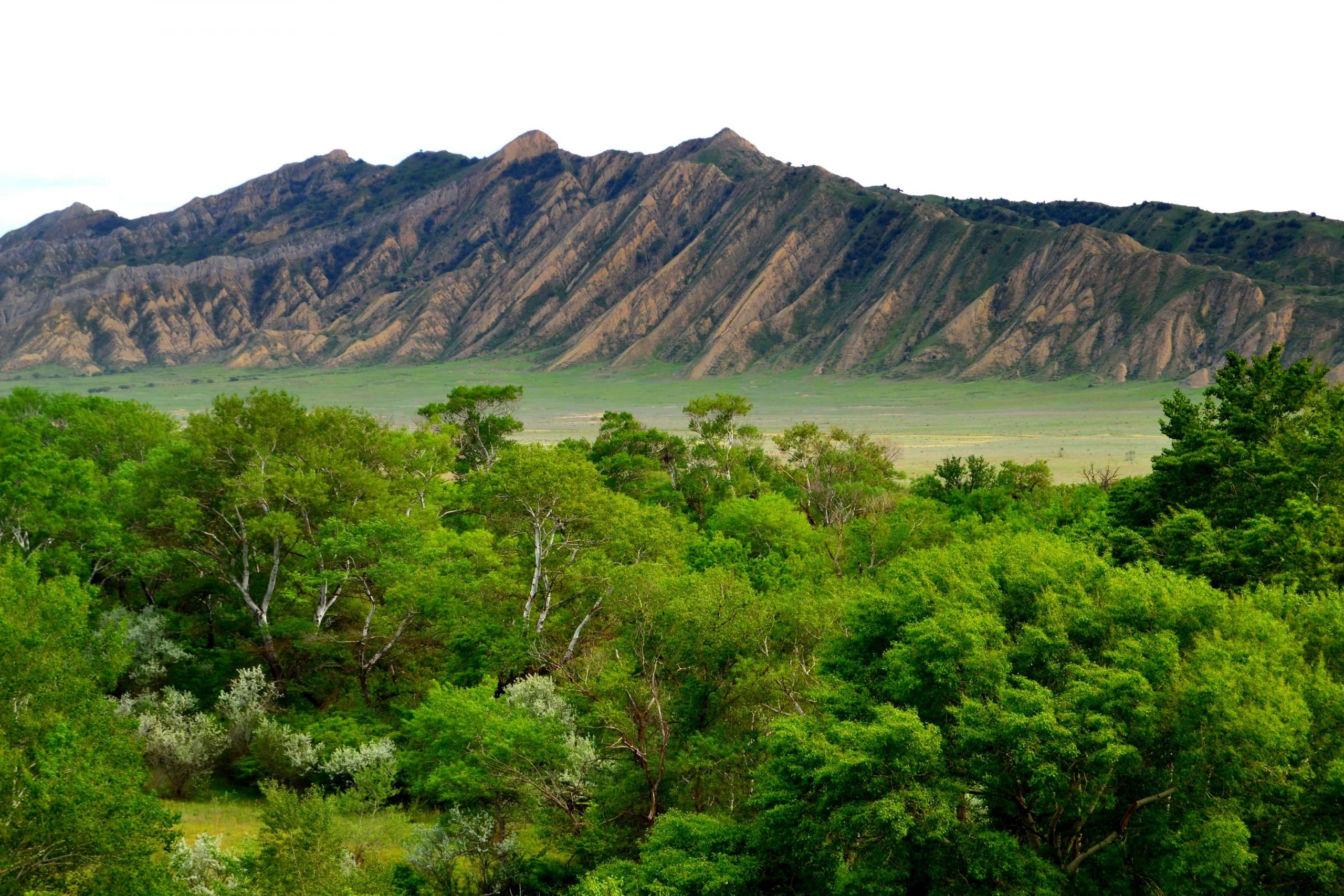 The research area covers The Iori River and Chachuna Managed Reserve gallery forests and adjacent areas. These gallery forests are located in Kakheti, near the border of Georgia and Azerbaijan, in South-East part of Georgia. The research area is 2232.9 ha. The mentioned forests belong to Tugay type forests, which means that the ecosystem directly borders with steppes and semi-desert. In general, gallery forests are one of the most vulnerable ecosystems in the world as of today. Since they are mainly located in lowlands and easily accessible areas. Except for timber use, grazing is the biggest challenge for Tugay type gallery forests. Since it borders with semi-deserts and steppes, that are the main resources in terms of pasture (Ketskhoveli, 1962). It can be assumed that the Dali reservoir has transformed into another challenge for survey ecosystem since the eighties of the last century. It changed the situation there. The impact of this reservoir has not been thoroughly studied yet. Therefore, we are not aware of the problems, the reservoir can cause to the environment. 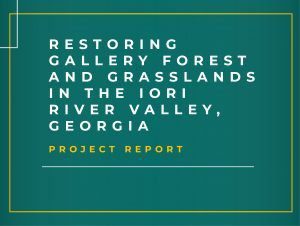 The objective of our research was to describe and evaluate condition of the Iori River Gallery forests, define their natural borders, compare with present-day boundaries and to identify causes of change; also, to identify whether or not the Dali reservoir reduced the area of gallery forests in Chachuna Managed Reserve and whether it effected to the change of their floristic composition.

The results show that the forest cover (area covered with trees and bushes) is more or less reduced in the research area. Though, fortunately, there is a tendency of increasing over the last decade. As for Chachuna, we see that the forest cover increased during the last two decades. Although, it is still reduced compared to 1978. This may mean that the Dali reservoir does not have a direct and significant impact in terms of forest areas at least over a 30-year cycle, as we have mentioned above, it was put into operation in 1992 (Benjankar et, all., 2016). In terms of floristic composition, there are quite big differences in the upstream and downstream of the reservoir. It may straight depend upon flooding regime and intensity, which should have been changed after the Dali reservoir becomes operational. As there are arid ecosystem elements to the proximity of the river in Chachuna, e.g. pistachio tree and conversely, elements of the gallery forest are less. Whereas in the upstream of the Dali reservoir with less favorable conditions for the gallery forests, there are more elements of the gallery forest. Concerning the agricultural lands, the area of the mentioned polygons is 348 ha on map, out of which 205 ha is the Chachuna territory. As we have mentioned above, these areas historically belong to the forest dwellings. In future, restoration of the gallery forest in these areas will be much easier due to proximity to the river.

Read more by Downloading our report from the following link