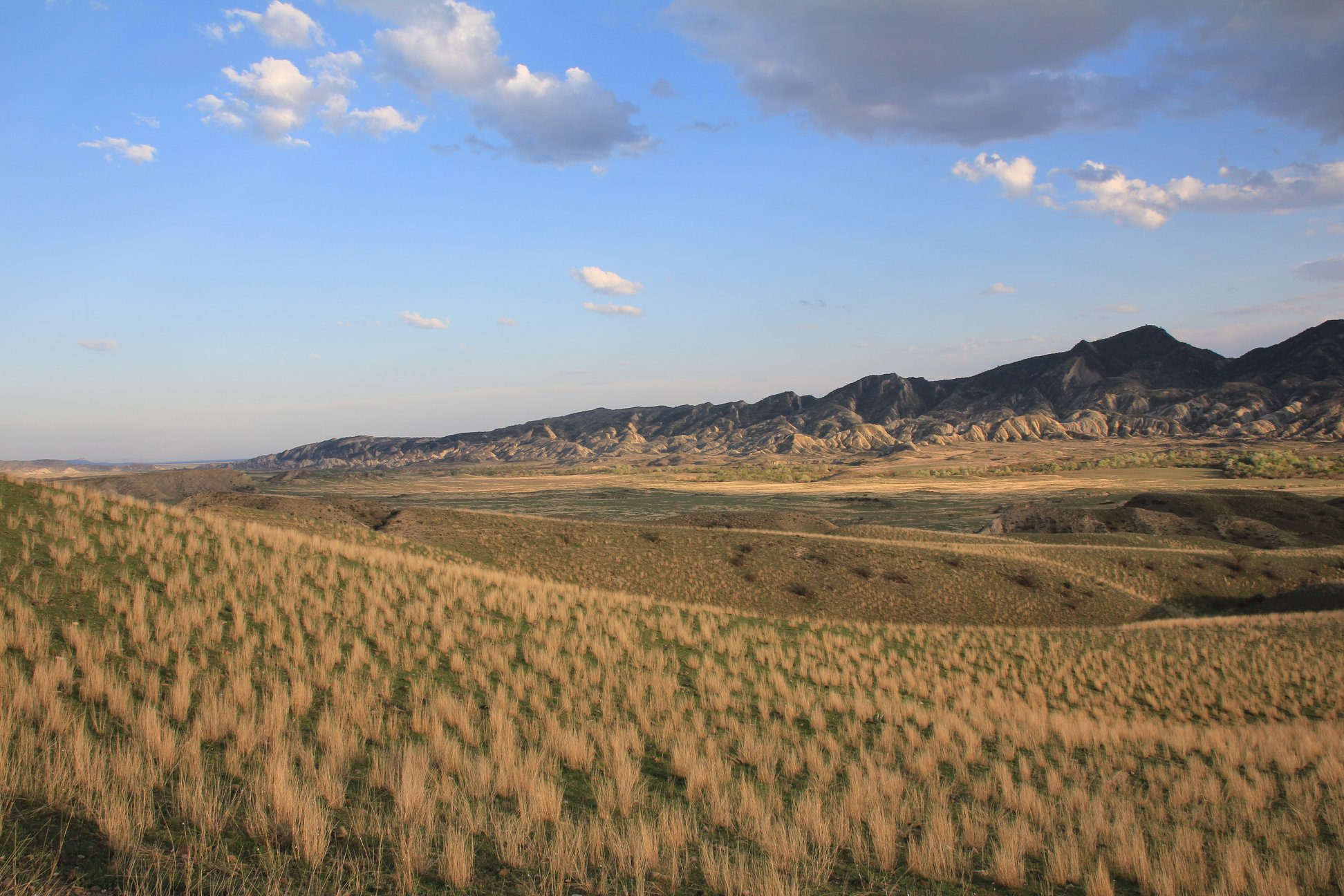 We’ve driven across rolling green hills for the past two hours and have yet to see a single person, a pattern that has continued for the last two days. I’m visiting the Chachuna Managed Reserve in Eastern Georgia, the project being managed by BirdLife Europe with their local partner – the Society for Nature Conservation (SABUKO). Though the landscape seems entirely empty of people, the reserve is a stronghold for many species; over 25 raptor species have been recorded here, as well as five species of owl.

The Chachuna Managed Reserve is a key habitat for many important raptor species, including the black vulture (nest seen to the right of this photo). Photo credit: Giorgi Ianqoshvili

“The importance of these grasslands was confirmed last year,” Natia Javakhishvili, Director of SABUKO tells me. “We counted a flock of ten thousand little bustard on these grasslands. They’ve only recently started coming here – maybe in response to agricultural intensification in Azerbaijan”. Chachuna is also an important ecological corridor, providing connections with the better known Vashlovani Nature Reserve.

As we pass through the hills an imperial eagle soars overhead, whilst calandra larks and isabelline wheatears erupt from the roadside. But as far as humans are concerned this place is deserted; dramatic eroded hills (‘badlands’) sit on the grass steppe like sleeping lizards. A mountain ridge shapes the horizon that lies beyond the ribbon of green gallery forest that snakes along the Iori River.

The surreal Chachuna landscape is made up of dramatic valley ridges, contrasted with the sweeping bends of the Iori River.

Our perception of a place is often formed by our first encounter. Yet if you came to Chachuna during the summer months and saw the wide open, empty spaces, you’d have only half the story. That’s because these are winter pastures for some 140,000 sheep, together with goats and cattle, that are grazed here as part of a massive annual cycle of transhumance (pastoralism), when the pastures in Georgia’s Javakheti Highlands are covered in snow. We’ve timed our visit just as the last sheep have started their journey back to the mountains.

It is not just the seasonal desertion by people that challenges our assumptions, however. During our drive across the steppe I’ve noticed clusters of long-abandoned houses and barns, together with lines of electricity or telegraph poles, their wires long gone, are now convenient perches for the occasional eagle. Marinus Gebhardt, the project’s natural resources manager, explains “This infrastructure dates back over 30 years to the Soviet era when this whole area was developed for agriculture and sheep production for wool. It’s said that at that time there were more sheep in Georgia than people – over 3 million of them! When the soviet period ended the market for wool collapsed and the buildings were abandoned. It is only recently that flock sizes have risen again – increasing tenfold in the last decade. But now the sheep are farmed for their meat, in response to the demand from the Middle East, especially Iran and Iraq”.

One of the challenges at Chachuna is overgrazing; in large areas, only the unpalatable plant species such as Artemisia remain. Based on what Marinus had told me, I assumed that overgrazing during the Soviet era would have been even worse. Apparently not, as Marinus went on to explain: “During those times the pastoralists also had access to the vast Russian steppe grasslands for grazing during the winter. Now the flocks are confined to within Georgia for their transhumance, and winter pastures here are scarce”.