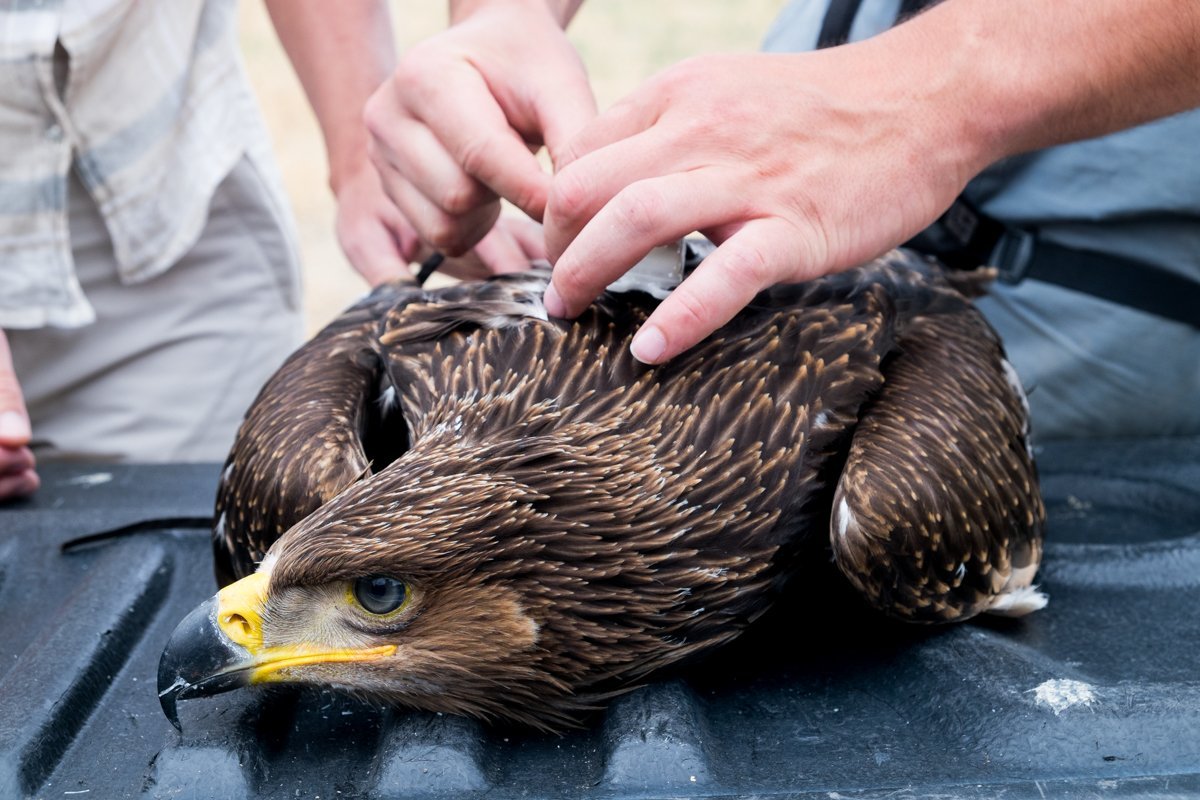 The aim of the project was to address constraints of Imperial Eagles in Georgia and increase the local a population. To achieve this aim, we employed direct conservation measures, supplemented by awareness-raising and involvement of the local communities. Direct conservation measures had short-term and long-term components: in the short term, we increased nest site availability by providing artificial nest platforms, a measure commonly applied elsewhere with much success (Demerdzhiev et al. 2014; Heredia 1996; Haraszthy et al. 1996). To ensure long-term habitat availability, we started restoring the several sections of riverine forest. In addition, we surveyed the available Juniper/Thuja patches in the area.  A key component of the project was the awareness rising among school children. Facts are proven that people from the impoverished villages in the area often rob nests and try to sell the nestlings. Through an education program, we involved young people in nature conservation (a concept almost unheard of in the target areas). In addition, we set up a network of eagle monitors, land owners or villagers who engage themselves to keep an eye on a particular breeding pair.

To achieve the expected outcomes, the project aimed to create sustainable ground for further success of breeding pairs and to increase their number, through:

• Involvement of different governmental and non-governmental stakeholders, as well as local society in order to increase the sustainability of project results;

• Increasing awareness of the importance of local biodiversity and its conservation;

• Initiating an educational campaign among young generation and their involvement in the project activities;

Breeding population of Imperial Eagles in Georgia decreased from 30-40 pairs to 10-15 in last thirty years due to increased disturbance, loss of important breeding and foraging habitats and high mortality of juvenile eagles. In the meantime, there is no political will of government to ensure funding for constrictive and strategic steps for conservation and protection of Imperial Eagles. Capacity and partnership for conservation of birds of prey is also absent in Georgia, for instance just in 2019, there were 3 dead imperial eagles found by us, which were not given a proper autopsy, due to inexperience and inattentiveness of relevant governmental bodies. Working on Imperial Eagles in last 4 years, we realized that it is urgent to set and adapt protocol on investigation of death cases, as it might bring new data on threats or help us to find poachers. In addition, in the last years, we have been fighting against the large infrastructure projects, which usually cause losing the eagle’s habitat. Therefore, watchdog position stays important to be able to perform constructive criticism on environmental impact assessments, to rescue each nest of the eagles. At least but not last, more than 58 percent of Georgian juvenile eagles dies with electrocution. We find it as an alarming threat, which should be mitigated by improved planning of energy infrastructure.